We recently completed a major landscaping project in River Oaks which involved a significant amount of pool remodeling. Originally, the swimming pool had been constructed as a simple rectangle set into the patio behind the home. The client requested that we change the appearance and grade of the pool to bring it more in par in relationship to the house. While pool remodeling is a common element in most landscaping jobs, what made this project so unique was the space limitation we were forced to work within. Due to the size of the patio and surrounding ornamentation, we could not enlarge the sides or ends of the pool. All remodeling would have to be done by reducing the dimensions and sculpting a new design in the process.

In order to bring the patio more in par with the home, we added a coping around the perimeter of the pool. In normal pool remodeling jobs, this coping would be at the same elevation as the patio, and the pool deck would be slightly lower. In this instance, however, the depth was already fixed just like the ends and sides. We had to create a raised coping that offset the pool deck and leveled out the appearance of the patio in relation to the house.

Once this phase in the pool remodeling project was complete, we then went to work on changing the actual shape of the pool itself. Again, we had to transform the interior by reducing space, not increasing it. There was no way to tear out the patio or use any portion of the yard to add cubic feet to the structure. Instead, we made use of a special technique that applied concrete to the inside of the swimming pool. This was no ordinary concrete, either. It was actually a dry cement mixture that was pressurized and sprayed through a hose. Once it was in place, it was dampened at the end and shaped. This allowed us to remodel the pool’s interior dimensions from that of a plain rectangle into a quadrilateral with arched and contoured corners. Although this reduced the cubic feet of the pool, it created several new underwater structures and actually had the optical effect of making the pool look larger after it was remodeled than it had before.

At one end of the swimming pool, we cut a spa into the new cement to create a special, separate space for people to relax in the water. We also added steps for two reasons. The first and most obvious reason was safety. It is much easier to slip even in the shallow end of a swimming pool without firm footing that allows one to maintain balance and take one step at a time. From an aesthetic perspective as well, adding steps helped balance the overall proportions of the remodeled pool in relationship to the new spa we had just installed. We also added decorative urns along the coping, and installed pool jets to maintain water pressure and water flow through both the spa and swimming areas within the pool.

This pool remodel was just one element in a very complex landscaping plan that also included new walkways, new fountain, better landscape lighting, and the replacement of an old outdoor kitchen with an arbor.

For an estimate on pool remodeling as a part of a larger, more comprehensive landscaping project that blends structure with architecture and Nature, contact us today by email, or call Exterior Worlds at (713) 827-2255. 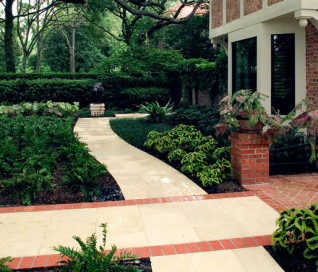 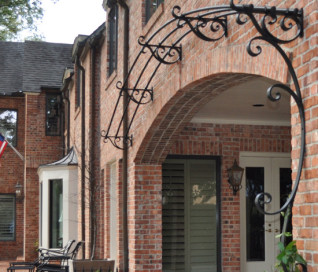 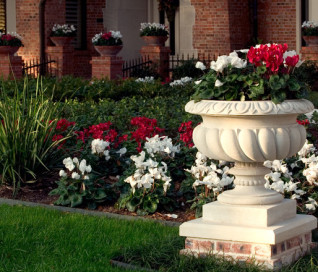 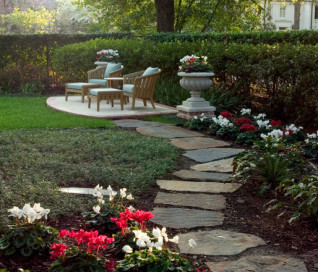 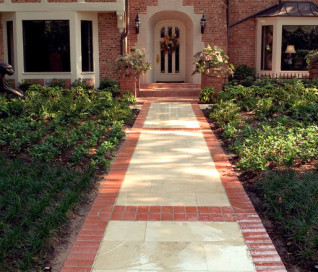